Monsters, murder, ghouls and ghosts abound in the BFI’s new Gothic season running for the next few months across the UK and to celebrate the season BFFS has negotiated an exclusive discount with the BFI on a selection of Gothic films for BFFS member film societies and community cinemas.
Read on for details on the new re-releases and our discounted screening offer.

The Gothic season is a huge nationwide project undertaken by the BFI to celebrate the “dark heart of film”. The origins of Gothic goes back to the monstrous creations of British literature – Dracula, Frankenstein, Jekyll and Hyde – and have been a part of cinema since its earliest days. From An American Werewolf in London to The Woman in Black Gothic tales have been with us throughout the years and serve as crucial cultural reference points.

BFI’s season comprises of hundreds of screenings across the UK, nationwide theatrical re-releases, starting with Werner Herzog’s Nosferatu the Vampyre; new DVD and Blu-Ray releases; a Film4 season; and a partnership with National Trust that features film screenings in some of their creepiest properties.

Watch the fantastic season trailer that should set spines tingling below.

BFFS is dlighted to announce an exclusive discount for BFFS Members and Associates to screen selected Gothic titles on a non-theatrical basis, screen-from-your-own copy basis (DVD or Blu-ray). Available for just £65 (+VAT) these titles must be booked by the end of November in order to take advantage of the offer. Screenings do not need to take place during this time frame. Contact rich.bffs@gmail.com for the member discount code and then book directly via bookings.films@bfi.org.uk

The titles you can screen as part of this offer are: 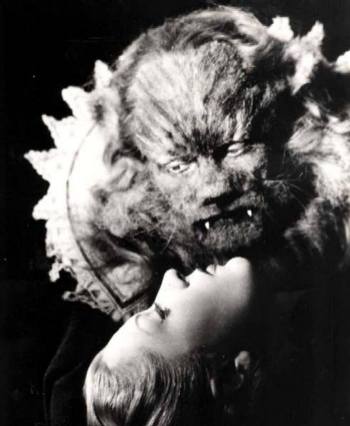 Cocteau’s adaptation of the classic fairytale is a fantastical treat with visionary cinematography and production design, ensuring its reputation as one of the most magical films ever made. The story follows Belle, a young woman from an impoverished family, who takes her father’s place as the prisoner of a reclusive and tempestuous beast. Beast falls in love with and asks for her hand in marriage, but though she begins to grow fond of him she resists marriage.  Jean Marais plays the Beast as a person torn between his two selves, the turbulent beast and the gentler prince.

A sinister English horror, Blood on Satan’s Claw is set in a rural town in 17th Century England. A farmer, Ralph Gower, finds an unusual skull in his field, covered in unrecognisable fur and possessing just one eye. Though he reports it to the authorities the skull disappears and his fears are dismissed. That is until several children in the village begin sprouting fur and claws. A judge from a neighbouring town, with knowledge of witchcraft is called to the town to investigate.

Dr. Frankenstein has abandoned his goal to create artificial life but the pressures of the Monster and Frankenstein’s mentor Dr. Pretorius convince him to try again. Lonely and all too aware of his uniqueness the Monster demands a Bride.
Since its release Bride of Frankenstein has grown continually in reputation, it is a dreamy, melancholic film where the monsters are less terrifying and more human than their creators.

After an old woman is accused of witchcraft, convicted and burnt at the stake, the village becomes paranoid and wary of anyone who could be a witch. The young wife of the town’s pastor falls for the pastor’s son from a previous marriage and begins an affair. The guilt proves too much for her however and she confesses to the pastor. Shortly afterwards he dies and the pastor’s mother blames the wife for his death and accuses her of being a witch and a new witch hunt begins.

Though Bram Stoker’s legendary story had already been filmed unofficially by F. W. Murnau, Browning’s adaptation was the first official take. Drawing heavily from the Deane/Balderston Broadway play, including the lead actor, the film was in fact a huge risk for the studio, being one of the first full-length serious horror films. But the film proved to be a huge success, thanks in part to stories of audiences fainting in fright during screenings. Bela Lugosi’s performance is regarded as the definitive Dracula, his stuttering speech and disjointed movements convey the sense of ‘living dead’ better than anyone else.

The inestimable Christopher Lee stars as Dracula in this grand and terrifying adaptation.  Lee’s Dracula is a seductive and ruthless vampire and the film features shocking violence – at least for its time. Peter Cushing, Michael Hough and Melissa Stribling round out the impressive cast while Bill Lenny’s cinematography transcends the relatively cheap sets and immerses the viewer in the world of Hammer Horror. The film was cut on its initial release due to a startling death sequence that was a special effects triumph but considered too extreme for its original audience. A restored version was released earlier this year, rated 12a! Little needs to be said to introduce this classic thriller from Hitchcock. One of his finest works Psycho is a devilish feat of misdirection, shock and tension. In Norman Bates we have one of cinema’s most unnerving and creepy villains. A landmark film that challenged the boundaries of sexuality and violence in American cinema, Psycho has been hugely influential and justly celebrated ever since its release.

Hitchcock’s first American production and winner of 2 Oscars including Best Picture, Rebecca is a creepy drama starring Laurence Olivier and Joan Fontaine. A young woman meets the wealthy Maxim de Winter on holiday in Monte Carlo. They soon marry, but on arriving at Maxim’s home Mrs. de Winter finds that the household is still tormented by the memory of Maxim’s first wife, Rebecca, who died the year before.

Carol (Catherine Deneuve) lives with her sister Helen in a London apartment and possesses an unexplained repulsion of men, particularly her sister’s married lover. When Helen goes on holiday with her boyfriend Carol descends further into fear and paranoia until she creates her own personal nightmare of hallucinations and psychotic episodes. A disturbing, uncomfortable film that ranks as one of Polanski’s finest.

Dr. Frankenstein’s son Wolf arrives at his father’s mansion to investigate what is left of his father’s experiments. Finding Igor, his father’s assistant still there, he learns that the Monster never died, but is in a coma. Wolf’s attempts to reawaken the creature seem to fail, at least at first, until his own son returns home with stories of a giant in the woods. When people go missing from the nearby village it becomes indisputable: it is alive!

A significant influence on Ben Wheatley’s A Field in England, Witchfinder General follows the immoral Matthew Hopkins, a witch hunter who exploits the superstitions and sufferings of villages caught up in the Civil War as he extorts money from them in return for rooting out witches. When Hopkins wrenches a confession from a priest, the priests’ cousin in law, Richard Marshall, turns the hunter into the hunted as he pursues Hopkins across England.

For more information on the BFI’s Gothic season visit http://www.bfi.org.uk/gothic