In a new regular feature I’ll be taking a look at the cinematic output of different countries – looking at the history of their film industry, notable films and film-makers and what titles the Booking Scheme has to offer. Please feel free to make use of this blog, and the others in the series, as programme notes to supplement your screenings. To make this easier a pdf version can be found here. Rather than just concentrating on a single title it can be worthwhile to give your audience an idea of the wider context in which a film exists. Whether you’re programming a season of Argentinian cinema or just a single film I hope this brief overview is both informative and interesting.

Much of the early period cinema is lost or forgotten due to poor archiving and preservation, natural and political disasters, and economic and social upheaval. As a result few films remain, but it is certain that Argentina was one of the first countries in Latin America to enter film production. Film-making really took off in the 1930’s, when sound arrived and cinema embraced tango dancing. Genuine film stars arrived such as Tito Lusiardo and Amelia Bence.

The first notable film historian was Domingo Di Núbila, who, in the 1960s, produced a highly detailed account of Argentine film production since its beginnings. Núbila was something of a nationalist and celebrated those films which were unmistakably Argentinian and bemoaned the influence of Hollywood. He therefore highlights the “derailment” of Argentine cinema in the early 1940s when US influences triggered a move away from cinema inspired by Argentine culture and towards commercialisation and an imitation of Hollywood’s production system. Further, political embargoes on shipments of film stock led to Argentina’s production declining.

The cover of the magazine produced by Argentina’s Liberation Film Group.

However compared to other Latin American countries like Chile, Argentina had a much larger and well-established film industry by the middle of the 20th century and there was a significant boon in the 60s when film began to be used as a form of social and political expression. However this politicisation of films led to a rejection of the film-making that preceded it, which again detracted from preservation and appreciation of early period cinema. Further this resurgence of cultural and socially motivated cinema didn’t last long. By the 70s political changes drove such films underground and groups such as Cine Liberación risked government repression to make films like El Familiar, an allegorical feature about Latin America’s destiny. By 1976 the disappearance of three film-makers, Gleyzer, Pablo Szir and Enrique Juarez, meant that cinema softened its approach and concentrated on light-hearted topics that would not draw the ire of the censor, and government repression.

Again Argentina’s turbulent political life went through another drastic change in 1983 with the arrival of democracy. As in many other countries the decline of a repressive regime led to new forms of cultural expression, and the slapstick comedy of the late 70s was swiftly replaced by films that took a serious look at the military junta’s campaign of repression, torture and disappearances. This new wave of Argentine cinema continued into the 1990s during which notable films addressed poverty and living conditions and existential angst was evident in many films. Film was being used to ask questions about Argentina’s past in films such as Eduardo Calcagno’s controversial El Censor, a biopic of Paulina Tato a film censor from the 70s, and Marco Bechis’ Garage Olimpo which showed the torture that political dissidents, including the director, were subject to. 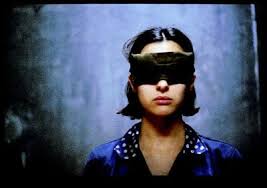 This last decade is perhaps most notable for Argentine films breaking out internationally. Nine Queens was phenomenally successful both in Argentina and amongst western film critics; while The Secret In Their Eyes was a surprise Oscar winner in 2009, marking only the second time Argentina had won an Oscar. In 2012 President Kirchner signed a series of decrees that finally categorized film as a cultural industry, allowing the industry to benefit from state funding and tax regulations and was explicitly announced in order to “ensure that Argentine film productions are able to compete in the local market and project themselves abroad”. Amalia (1914) – Argentina’s first feature length film, this adaptation of José Mármol’s novel of the same name is notable not just for being the first full length production, but also because it is the first film to address a subject matter than Argentinian cinema returns to frequently: life under dictatorship. Mármol’s novel, adapted by Eugenio Py (a Frenchman acknowledged as the pioneer of film-making in Argentina), was a semi-autobiographical attack on the government of Juan Manuel de Rosas. The film is viewable, albeit untranslated on Youtube.

Mario Soffici – Starting out as an actor in 1931 Soffici soon made the move behind the camera, immediately attracting praise for The Soul of the Accordion (1935). He directed over 40 films throughout his career, several of which were regarded as great films in their time. Prisioneros de la tierra (1939) was his first socially minded work, and was awarded Film of the year by the Municipality of Buenos Aires. His film Rosaura at 10 O’Clock (1958) was an adaptation of the popular novel by Marco Denevi and was Soffici’s third and final entry into the Cannes Film Festival.

Alias Gardelito (1961) –  An example of the ‘new cinema’ that arose in the 50s and 60s this drama charts the struggle of Toribio to live an honest life in the face of extreme poverty. The title refers to the Argentine singer Carlos Gardel, whom Toribio idolises and whose career he wants to emulate. Yet Toribio’s big break doesn’t arrive and he falls further and further into a life of crime. The film concentrates on the effect that poverty has on the psychology of its characters.

The Official Story (1985) – One of Argentina’s most successful films The Official Story played at numerous festivals including Cannes, Toronto and Berlin and was an award winner both in Argentina and at the Academy Awards. An upper-middle class family in Buenos Aires have illegally adopted a girl, Gaby. Alicia begins to wonder what happened to Gaby’s parents when a friend returns from exile and tells her about the disappearances. Gradually Alicia is forced to confront our own ignorance of her country’s crimes and her husband’s complicity with the regime.

Ricardo Darin – Unquestionably Argentina’s biggest star at the moment, Darin has starred in many notable films including the aforementioned Nine Queens (2000) and The Secret in Their Eyes (2009), as well as The Lighthouse (1998) and White Elephant (2012). He has been consistently praised for his versatility as an actor and was awarded the Diamond Konex Award in 2011 as the most important Entertainment personality of the last decade. Due to his growing international profile Darin is to many the face of Argentinian cinema.

Here’s a look at just a few of the available titles – we’ve also got The Official Story, Carancho, Born and Bred and many more.

Lion’s Den (2008) – Pablo Trapero is establishing himself as one of Argentina’s most exciting directors with films such as Born and Bred (2006) and Carancho (2010) showing his versatility. Lion’s Den sees him tackle another genre – prison drama, in this case with an off-the-beaten-track twist. Julia, a 25-year old student is (perhaps wrongfully) convicted of murder and is imprisoned. While the film deals with issues of her crime, her possible guilt and ideas of justice and atonement, its concentration is on Julia’s struggle to control the upbringing of her young son, who is born in prison.

La Antena (2007) – A surreal homage to silent cinema, this beautiful animation tells the tale of an Argentinian city ruled over by Mr TV. In this land no one can speak as their voices have been stolen by the dictatorial Mr TV; written words float out of their mouths instead. But a mysterious singer, The Voice, has retained the power of speech .When she is kidnapped by Mr TV, an engineer, The Inventor, discovers Mr TV has more disturbing plans in place.

The Peddler (2010) – A delightful and engaging documentary sees the directors following DIY film-maker Daniel Burmeister who turns up at a remote Argentinian village with a bunch of ready to go film scripts and asks permission to make a film there, using the villages as cast and crew. The documentary is a charming insight into both the creative process and the power of film to bring communities together.

Book a film and see the full Booking Scheme catalogue.